The 90th gathering in 1997 was held at Ballindaroch on the other side of the Loch. It looks like the assembly was even larger with 32 faces in the group photo. My recollection is that it was a bit more chaotic and ad-hoc and that the sun was shining. 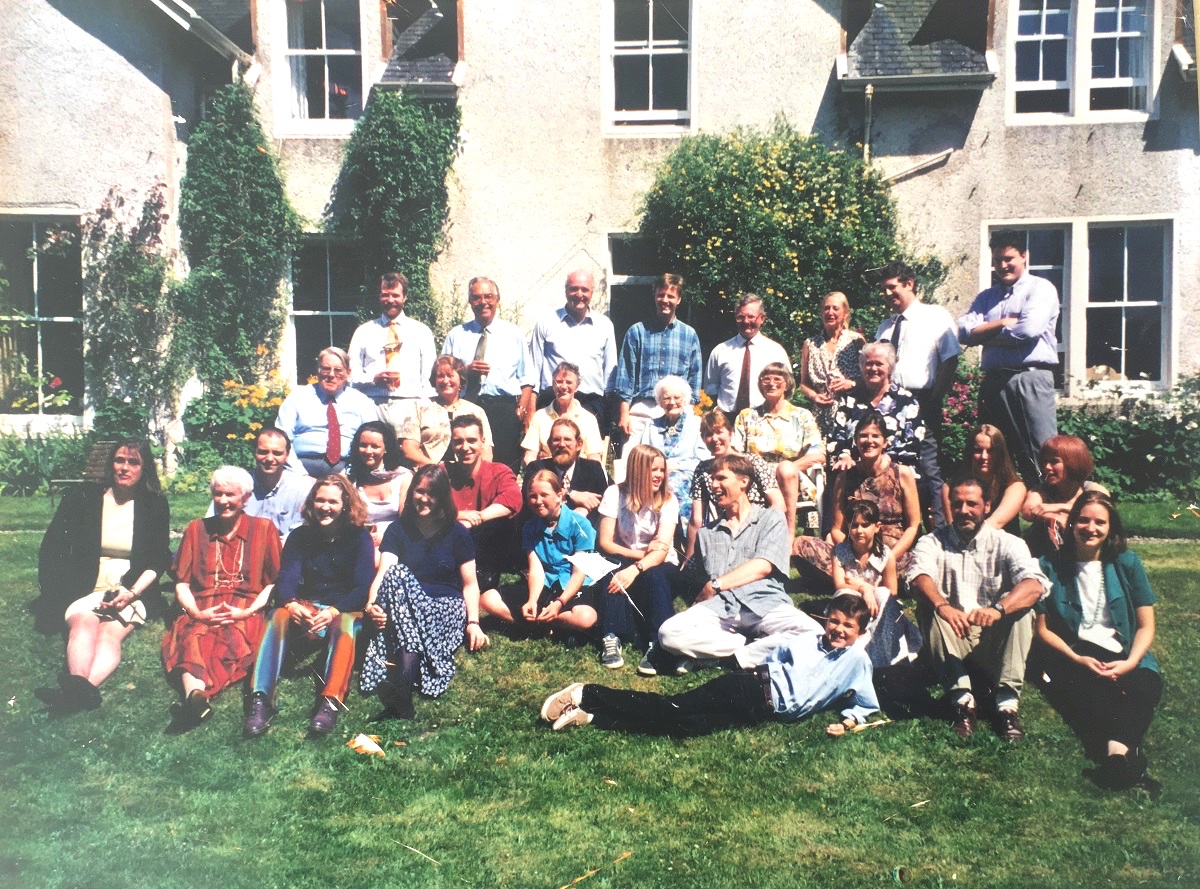 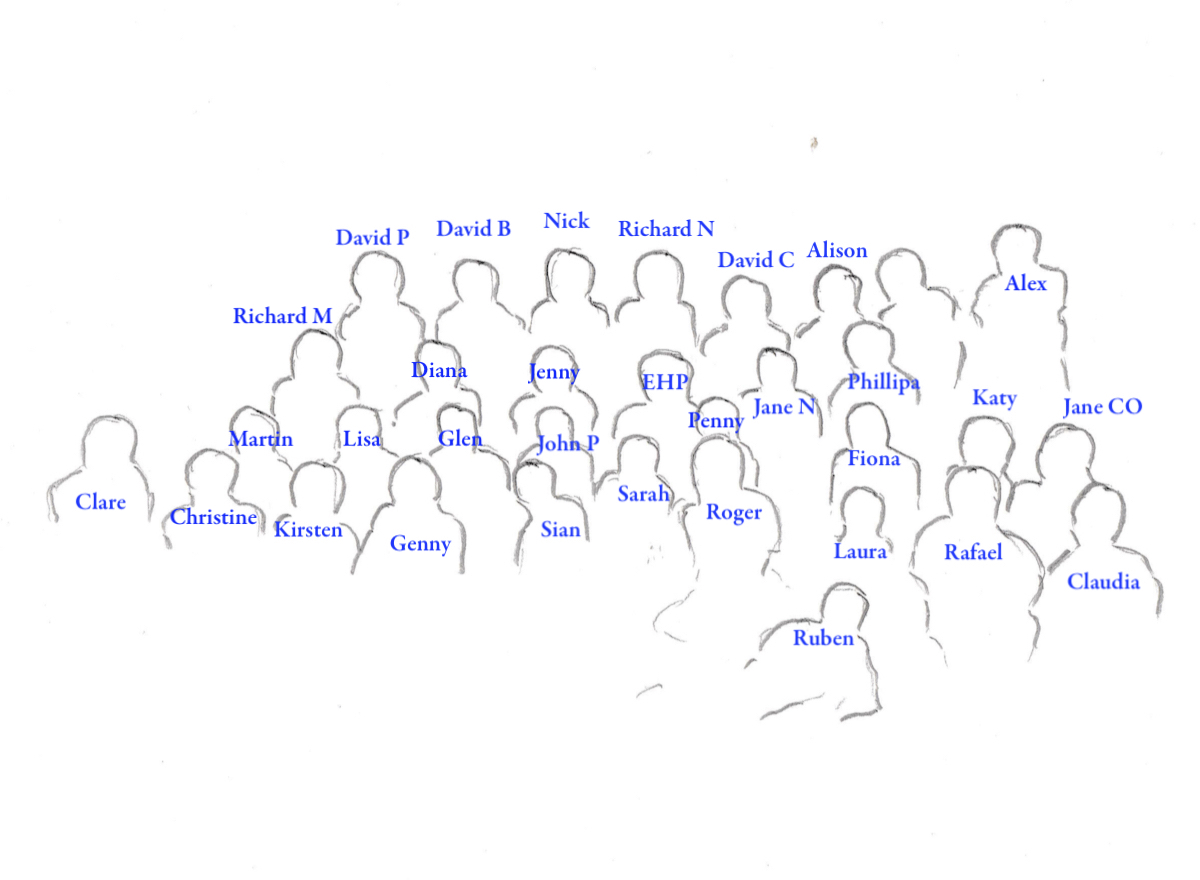 Five great grandchildren now that Laura has arrived and is already 6 or 7.

As in the previous two group photos we are left with one unidentifed person so far - this time male. Who is that standing between Alex and Alison in the back row at the right?

I think we came on the train again, but not the sleeper this time. I also remember going for a walk in the woods down towards the Loch and a tree (a big fir tree) falling over when I leant on it.